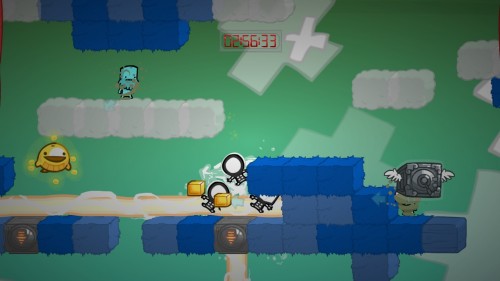 Capsule Computers had the chance to speak with producer and co-ordinator from The Behemoth, Ian Morend about the latest build of their upcoming title, Battleblock Theatre at this years Tokyo Game Show. Ian takes us through the third title from The Behemoth, giving us a look at the game play of this 2D action puzzle platform with a hand drawn style. He gives us a run down of the basic story of the game, revealing the games antagonists as a group of technologically evolved cats, as well as goes into some detail about the co-operatively elements of the game. Players can play together to collect gems and release the prisoners who have been captured by the evil cats. There will be several hundred prisoners, who can be played once liberated, with different weapons also able to be collected. The title will be launched on Xbox Live, with the possibility for a PSN launch down the track, with no official release date just yet. Check out the interview and get a look at the game play and a lot more detail about the upcoming title, Battleblock Theatre for the Xbox 360.