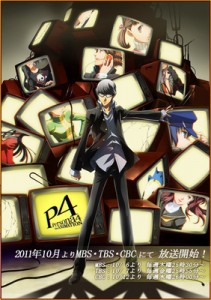 Sentai Filmworks recently announced their acquisition of Persona 4: The Animation ahead of it’s premiere in Japan on October 6th, 2011. They also announced that they were planning to digitally distribute the series. Today they have revealed through what means that digital distribution shall be handled.

Sentai will partner up once again with The Anime Network to simulcast Persona 4: The Animation each Thursday beginning with October 6th, 2011. Each episode will go live on The Anime Network at 3pm EDT, Thursdays and will also make it’s way onto Hulu 24 hours later.

What do you think of this announcement? Will you be tuning in on the 6th of October to watch Persona 4: The Animation? Let us know in the shoutbox or comments section below.