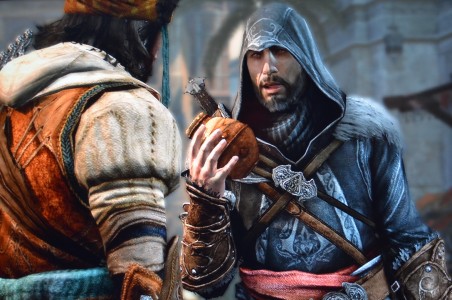 The second trailer shows off the awesome new weapon to be featured prominently in Assassin’s Creed Revelations. That weapon is the Hook Blade, a new weapon that not only assists in combat but also provides new unqiue ways to travel across the cityscape. You can check it out in action in the gameplay trailer below:

Ubisoft definitely has some truly impressive features on display here, what with the new Hook Blade and the monumental multiplayer beta numbers. I am sure that Assassin’s Creed fans will be chomping at the bit after watching these trailers as the await the impending release of the next chapter in the life of Ezio Auditore.

What do you think of these new trailers? Let us know in the shout box and comments section.