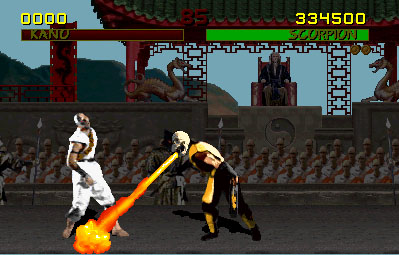 That’s right Warner Bros. have given the thumbs up on a new Mortal Kombat film, this time rebooting the franchise with the option of even more possible films.

This news may come as no surprise to some as the man who will be spear heading the project, Kevin Tancharoen, is also the man who took the internet by storm with his incredibly popular Mortal Kombat Rebirth movie trailer and subsequent 10 part Mortal Kombat web-series.

After inital grumblings from Warner Bros. bigwigs regarding his Mortal Kombat movie trailer (that they did not approve of), they eventually kneeled down to his apparent genius (millions of hits) and just decided to just let him make them money.

As for now we have no real clue what the movie will be about or whether it would even be good. However, Tancharoen is well known for pulling off fatalities (directing Fame and Glee 3D!), so maybe that will be to his advantage.

The film is currently slated for a release of 2013, when Tancharoen will rip out his own heart and call it Mortal Kombat.