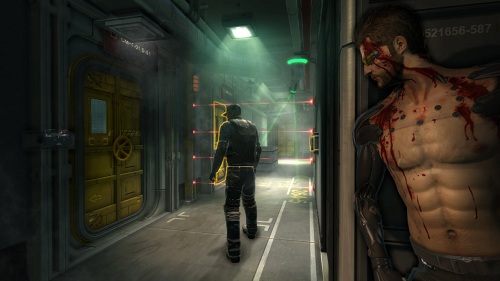 Earlier today Eidos Montreal revealed a few details for Deus Ex: Human Revolution’s Missing Link downloadable content. We already know that the DLC will take place on a freighter over the ocean and Adam has been captured, tortured and had his augmentations disabled. But Eidos revealed on their tumblrwho the man in the trailer is that is leading the group of Belltower soldiers.

His name is Pieter Burke and he is a high ranking operative in Belltower Associates. Also revealed was that the DLC will introduce 250 Achievmeent points to the game as well as 10 Trophies depending on what console you purchase it for. But the best thing for fans of the game, is that the DLC can be accessed directly from the main menu and you do not need to start your game over to access the content. There still has been no price announced for the content which will be released in October.