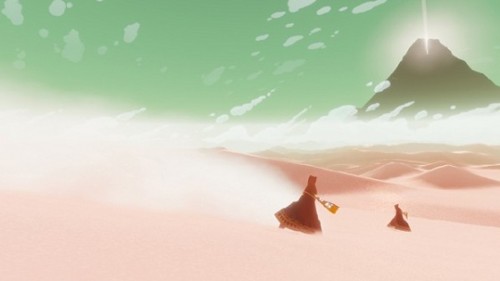 The company behind the creation of Flower, thatgamecompany announced earlier today that they are intending to release their next big and beautiful game Journey early Spring of 2012. Journey had a tentative release date of Fall 2011 but it seems that path wasn’t the one taken as this minor pushback was announced earlier today on the PlayStation Blog.

TGC’s own Jenova Chen said that the online beta test went extremely well and they are taking the extra time to take the community feedback and improve Journey from where it already was during the beta. As I mentioned earlier, it is always good to see game’s given a chance to be polished and not rushed out the door by their developers. When the game is officially released, it will be exclusive to the PlayStation Network as a downloadable title.