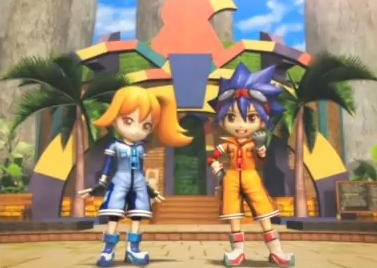 A couple years ago, Fossil Fighters brought about a new monster battling game to the DS. A sequel had been planned by Nintendo for quite some time now, and now we officially have a date for when this follow-up will hit shelves. Fossil Fighters Champions (formally known as Super Fossil Fighters) will be released on November 14th exclusively for the Nintendo DS.

Along with that date, Ninty also gave us a new trailer for the game to show off how this shiny new sequel will work. One of the biggest problems with Fossil Fighters as some of you know was the lack of polish the game presented. Now judging by this new trailer for Champions, everything seems to be a lot smoother as the battles, monsters, and characters look fantastic. You can check out the new trailer below.