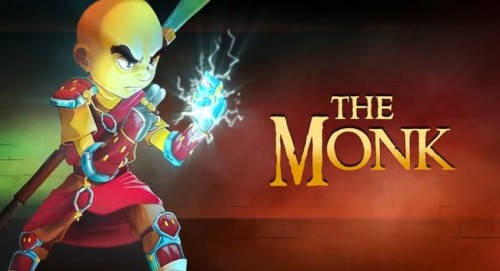 Trendy Entertainment dishes out one last character class trailer before Dungeon Defender‘s final launch in October. Boasting on using little blockades and traps, the developers emphasize how devastating the monk class can be. Utilizing auras to boost ally damage and health, a monk character can swipe through enemy minions with energy charges and spear thrusts. A boost can also be added to any defensive turrets that support your base. Monk classes prove to be invaluable due to their healing abilities, and I fully believe that will have a grand effect in this game.

Health and damage auras supplemented with a deadly spear only spells danger for opponents. Keep both eyes wide open for the monk class on October 19th when Trendy Entertainment releases Dungeon Defenders for PC and Xbox 360. Enjoy the monk class trailer below!