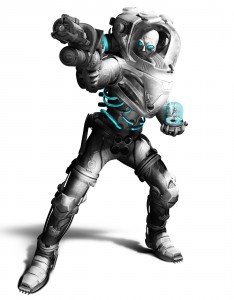 Batman Arkham City is only one month away. Read that sentence again. ONE. MONTH. AWAY! GTTV recently revealed that this time around, the Man Bat will have at least two new gadgets to fight with. In addition, there was a reveal of one more new villain to take down.

The Remote Electrical Charge can power up items, create electrical fields, stun baddies and more. Of course, having “remote” in its name means you can throw it down (or shoot it out) and then activate it when you please.

The Freeze Blast will allow you stun enemies, create platforms in water and hold several criminals at once in a freeze state.

The new villain revealed is named Deadshot. He is assassinating powerful people throughout the game world, and it is up the man in the costume to bring him to justice!

Yoostar 2 details scenes and sets ahead of March release