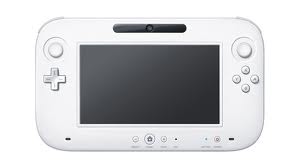 It looks like gamers have been given the chance to see what the Wii U tablet may be capable of. Over at NeoGAF, patents of the new controller for Nintendo’s next generation have surfaced, revealing that the controller will have built in flash memory and a magnetometer, among other features.

The built in flash memory seems to be implemented for Mii transfers, similar to the Wiimote for the Wii. The magnetometer, however, could be used for motion calibration. The Move, for Playstation 3, uses similar technology to talk with the Playstation Eye in order to function properly. Other features include a microphone, speakers, IR communication port (possible to talk to the 3DS) and camera functions.

Sounds like Nintendo have quite a few tricks up their sleeve for their next console. It will be very interesting to watch what they do reveal closer to the Wii U launch. Maybe something at TGS?

Check out the patents below. (click on the images to view in full size)