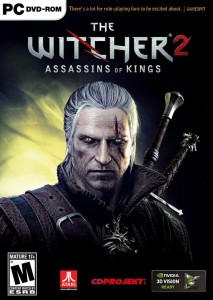 At GamesCom 2011 today, CD Projekt said that they will be upgrading The Witcher 2: Assassins of Kings. On September 29, there will be an automatic update that will be free and include a new tutorial, a “Dark Mode” difficulty, and the addition of an “Arena Mode.” The Dark Mode is similar to Insane Mode, but will allow for saving. The Arena Mode is an arena style survival mode, similar to Horde or Firefight.
In addition, Version 2.0 will also have 20 new tech enhancements. All the updated content, plus any DLC that is released, will be included in the Xbox 360 version of the game upon its release early next year.