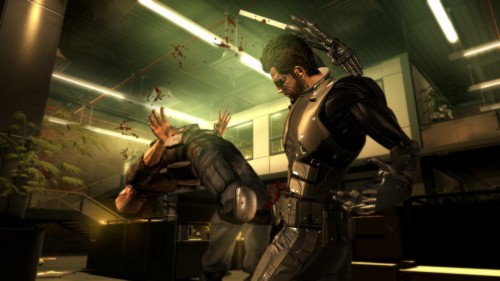 Sure you could always go around and uppercut everyone you meet in Deus Ex: Human Revolution but what about stretching that “brain muscle” of yours rather than flexing your robotic biceps. Square Enix and Eidos Entertainment released a new developer feature for the game today and this time around it focuses on the social and hacking aspects of the game.

Deus Ex: Human Revolution has a number of different approaches to any given situation, and a large number of these can be talked out of or swung in your favor simply from talking to the right person and convincing them to do, or not do something. They also detail a little bit about the hacking which seems simple enough, but nothing says momentum shift like taking the enemies robotic turrets and turning them against their previous owners. Deus Ex: Human Revolution will be out on August 23rd across the Xbox 360, Playstation 3 and PC platforms.

PSN Down For Maintenance On April 16