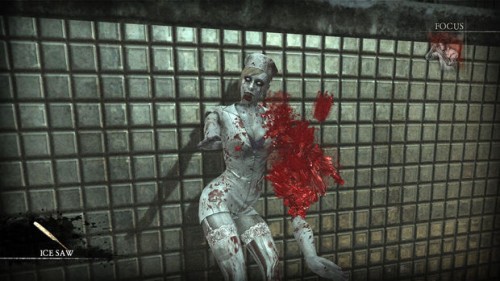 Some people may say the Kinect has become nothing but a children’s toy, with games not involved with dancing or children being nearly impossible to find. Those people would unfortunately be true for the most part. That is of course until September 6th when Sega brings perhaps the first game for the Kinect that actually may have some blood and gore.

Now violence doesn’t automatically equal a great game, but you should definitely revise that opinion when you see their latest trailer which was released today. Not only is the video set to some funny music but it also shows plenty of zombies being sliced and torn apart, as well as your own character getting killed in a variety of ways. Sega’s Rise of Nightmares is a Kinect only title, and may be the best one I’ve seen that doesn’t involve dancing or cats.