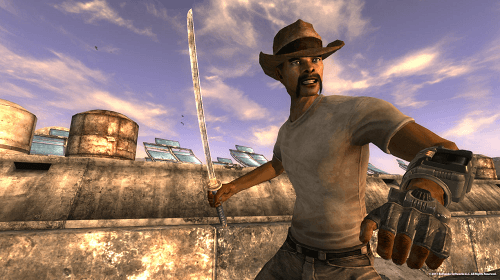 Despite a delay back in July that was beyond the developers control, it seems that fans of Fallout: New Vegas will soon be able to bring the courier to the end of his long journey. The last piece of Fallout: New Vegas DLC expansion packs, Lonesome Road, has been given a brand new release date of September 20th and will cost $9.99 or 800 MSP depending on your platform of choice between the PC, PS3 and 360.

Besides the expansion DLC, Bethesda has also announced that two DLC packages will also be released. Courier’s Stash and Gun Runners’ Arsenal will arrive a week after Lonesome Road on September 27th. The Courier’s Stash will cost $1.99 or 160 MS Points and will provide the player with all of the pre-order only content such as the Mercenary Pack and Caravan Pack. The Gun Runners’ Arsenal will add a number of new unique weapons, ammo types and weapon mods and will cost a bit more than the other package, standing at $3.99 or 320 MS Points