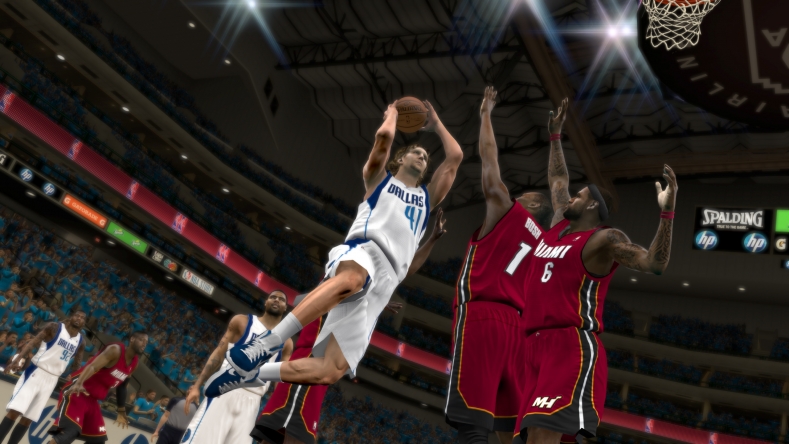 As millions of NBA fans sit in fear waiting to see how much of the 2011-12 season (if any) will be going ahead, one can find some comfort knowing that at least they’ll be able to simulate the matches through the magic of NBA 2k12.

In short, the lockout is a standoff between the NBA players and the owners. Both sides want a higher cut of the league revenues and neither party is seemingly willing to budge, thereby resulting in a stalemate. That means no trades, no signing of free agents no contract signings. The lack of negotiation and compromise from the two parties means that there is a high chance that the upcoming season will be shortened, if not completely dissolved.

Whilst 2K Sports have been relatively quiet over the issue of the lockout, we can see them really pushing the focus towards the legends of the game. Given the success of 2k11 and the focus on Michael Jordan it seems like a logical and promising move. However no NBA season forces 2k to backtrack on the progress they’ve made through the live player and roster updates for Association mode, and furthermore the removal of NBA Today match ups, which although weren’t overly groundbreaking, still added a bit of replay ability to the game, especially during the playoff time.

Forgetting about the effects on live content, the lack of NBA season will see a decrease in hype around the sport, causing many casual fans to lose interest about the league and consequently lose interest in purchasing the game. It remains to be seen how 2k12 will cope with the supposed start of the season and the release of the game approaching quickly. Of course if the lockout is to be resolved soon then fans of the sport and the game will have nothing to worry about. Unfortunately that seems unlikely, but one can only hope.