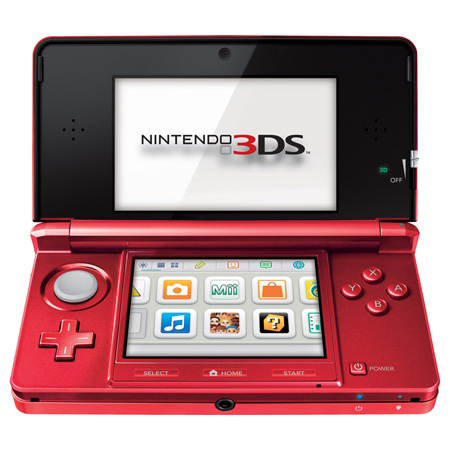 I need to get something off my chest. This should be read by all of the developers who believe that dedicated handhelds have met their end and the future of portable gaming lies solely with tablets and smartphones, or more specifically, the Apple range of tablets and smartphones. To those naysayers, I have four words for you: You have it wrong.

Crytek Managing Director Cervat Yerli has really stirred me up through comments made on GamesIndustry.biz. In short, this is what he had to say:

“While it’s a nice achievement from Sony in the first step, it’s not something we would take into consideration in the short term.”

“I can see that the multifunctions that devices like tablets offer is a big advantage of them. And I think people want one mobile device that can do multiple things.”

“Considering this, I think those handhelds are lacking in that area and they are losing ground, actually. I think they have to be more innovative.”

This seems to be the general consensus with handheld development as of late. Because of the move towards smartphones and tablets, game developers want a piece of the market. I have no issue against that. In fact, there are possibilities with that corner of development. However, I am sick of developers who haven’t touch a dedicated handheld, let alone develop one; proclaim doomsday on a section of the market because everyone jumps onto the Apple bandwagon.

I am studying game design at university and from what I have learnt is that the player is not your enemy/opponent because they are the one who will buy the games. The players in this instance are the ones who are constantly playing the latest blockbusters, reading the magazines or searching online for the latest news. Granted that type of gamer might also enjoy the iPhone or iPad game, but my point is that dedicated gamers won’t jump to the site if a $2 game. For one, there are no physical controls on the tablets and smartphones. That is the most common complaint with gaming on tablets and smartphones.

The handhelds deliver something more than a game. They deliver an experience that can not compare to something on the iPhone. They can create console-like experiences and we can take them on the go.

• Photo capabilities, including taking them and video recording
• Music capabilities
• Facebook
• Twitter
• Skype
• Foursquare
• Near
• Party
• Interaction with Playstation 3
• Augmented Reality for non-gaming
• 3G capabilities
• Other unannounced features (if there are anymore, which will be announced)

I think the Vita might be more than a one trick pony. In fact, it seems that Vita is really a miniature tablet with a selection of console-like games.

Then he believes that the handhelds are not “innovative” enough. Okay, he is talking about the Vita, right? I mean all of the big tablets sport rear touchpads, right? They don’t. Well… what about 3D just like the 3DS? Wait, only one? Only one smartphone, the LG Optimus 3D, actually sports the feature. No Apple products implement this, despite re-releasing a model every year with little improvement? What about a dual screen platform which made the DS popular? No. Hmm…

What about cost? I’m not talking about the games but the platforms themselves. Smartphones and tablets have a monthly cost through a network. They can be up to $60/$70 per month for a year or two years. Now, let’s look at the Vita and 3DS. They are a one off cost with no monthly fees (unless you do purchase the Vita with 3G).

Alright I think I need to wrap this up. This is another example of the poor attitude towards the dedicated gaming handhelds. Developers really need to stop this doom and gloom outlook and actually embrace them. I have just debunked comments about the lack of multifunction and innovation. Vita and 3DS are more than just gaming devices and they are introducing new experiences through a second touchpad and the use of stereoscopic 3D respectively. They provide hours of entertainment and are not timewasters to play on the bus or train. Please, before you decide that tablets and smartphones are the future, try and develop for the handhelds. You might actually like it.

Sega Rolls out an Announcement for Super Monkey Ball on the 3DS!