If you happen to be an owner of Dead or Alive: Dimensions that missed out on all of the extra costumes that were distributed over spotpass a while back, you should now go give TECMO KOEI a nice hug, as they will be re-distributing each one in just two days time.

From August 15th-September 17th, and again from September 19th-October 22nd, players will be able to connect over Wi-fi and download a new costume for each day of the month. This cycle of content begins each morning at 10AM and ends an hour before on the next day at 9AM, so there should be plenty of time to download them all if you make a nice memo to do so.

These 34 attires will probably not make an appearance again after these dates pass, so if you want some new digs for Kasumi and the rest of the roster, staple a reminder to your head now and thank yourself later for doing so. 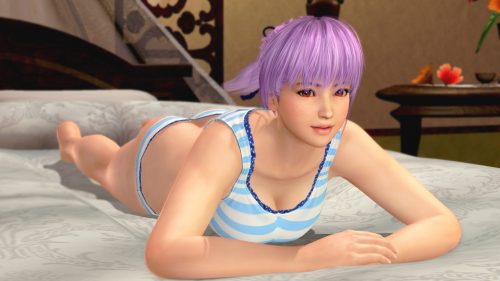