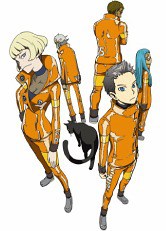 Sentai Filmworks have announced that they have aqcuired the license for two sci-fi mini features – Coicent and Five Numbers. Both of which are produced by Sunrise in Japan.

Coicent and Five Numbers were released in a package together in Japan and it is likely that Sentai will be giving the sci-fi mini features the same treatment when they bring it to Western shores.

Both Coicent and Five Numbers do not have an official release date other than the vague “later this year”. However it has been confirmed that they will be released with an English dub and of course an original Japanese audio track  on DVD and Blu-ray Disc.

Sentai have also posted synopsis of both features through a press release.

First, it’s a quick time jump to the 26th century where a school trip to a rebuilt 21st century city turns into a wild adventure for teenage Shinichi. While chasing a talking deer that steals his bag, he runs into a strange girl trying to elude even stranger pursuers, and then things get wild. It’s a mad dash through a city of the past as two young people discover a chance at a new future in COICENT.

Four people awake to find themselves in the ultimate prison: an ex-soldier, a beautiful woman, an average Joe and a young computer hacker. Why are they there? What connection links them together? And how can they escape? The answer seems to lie with the fifth prisoner, an old man who knows far more than he is telling. And then there’s the cat. It’s the ultimate locked room mystery and all their lives hinge on solving it in FIVE NUMBERS.

This is looking to be another in a line of great releases from Sentai Filmworks. Please leave a comment letting us know what you think. 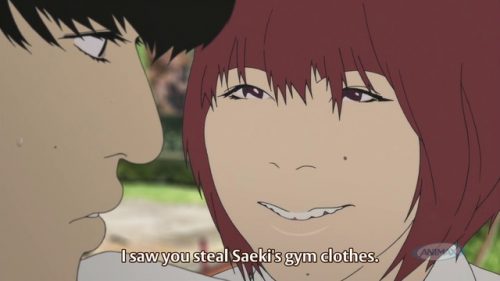