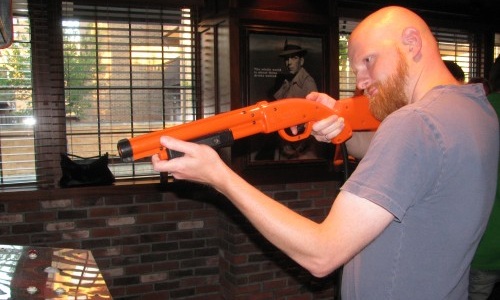 Sure Activision announced that they will be bringing out a new Call of Duty: Black Ops DLC package named Rezurrection today but what about those who prefer hunting something a bit more elusive than the shuffling undead? Activision released an investor release today and in it they mentioned something they are calling Cabela’s Hunting Party.

Apparently Cabela’s Hunting Party will make use of the Kinect somehow and will be released sometime in the near future. There were no details given about the title, but the fact that they included “Party” in the name of the game, it may mean that it will simply be a mini-game collection. But instead of tossing a ball in a cup you will be shooting lead at a deer or two. Just take the above picture and remove the light gun from his hands and voila, instant Kinect hunting.

Skyrim to come on one disc for Xbox 360