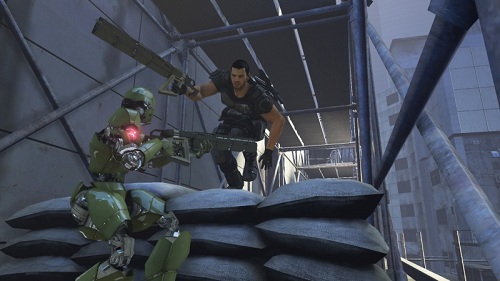 Earlier this weekend Sega revealed when gamers can expect to see the futuristic human vs robot squad based shooter. The company revealed on the game’s official website that the title will be released on February 14th of next year in North America and February 17th of next year in Europe. The game will be available for both the Xbox 360 and the PlayStation 3.

Binary Domain places the gamer in charge of a team of military specialists and will make them face off against an army of advanced robots that will continue to fight even after having their limbs blown off by gunfire, and also have some of the best looking enemy damage mechanics I’ve seen in a long time for a third person shooter.