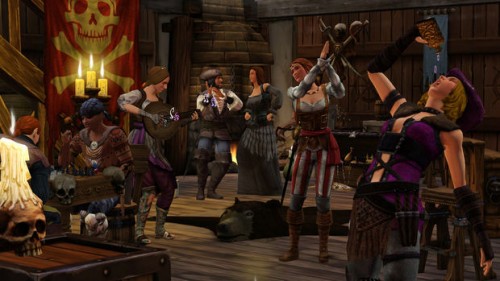 Well this was slightly expected, EA has announced that The Sims Medieval is getting an expansion pack entitled The Sims Medieval: Pirates and Nobles. This expansion pack will add new content to the medieval world. New pirates and noble themed items will be included alongside new quests and storylines. For those of you who don’t know, The Sims Medieval plays out more like a RPG/City builder more so than previous open-world Sims games.  In this expansion pack, a war has erupted between the Pirates of Aarbyville and the Nobles of Tredony who have newly arrived in the kingdom. And it’s up to the players to decided which side they chose to ally themselves with.

The Sims Medieval: Pirates and Nobles Expansion Pack will be released in Australian on September 1st