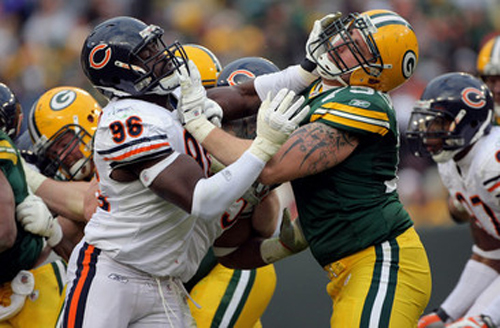 Good news everyone in North America, the NFL lockout is over which means football will be continuing as usual this year in the United States and what better way to commemorate this announcement than having EA Sports say that they will be releasing the demo for Madden NFL 12 on August 9th for the Xbox Live Marketplace and PlayStation Network.

The demo will be a recreation of the NFC Championship game of last season between the Chicago Bears and the Green Bay Packers. Players will get five minute quarters to play and can even change history by having the Bears not choke and lose to the Packers this time around. Madden NFL 12 the full game will be out August 30th on the PS3 and Xbox 360.