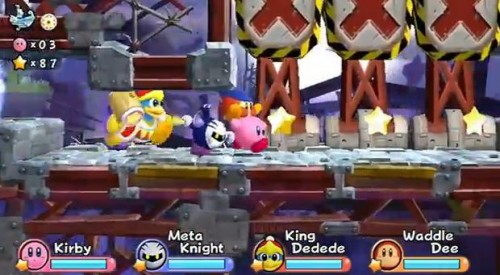 When “Kirby Wii” was officially announced back at E3, the only thing that missing was an official name. Over at Comic-Con today, that question was officially put to rest as a Nintendo representative told Siliconera that Kirby Wii is now named “Kirby Returns to Dream Land”.

Seeing how this game is taking Kirby back to his platforming, enemy absorbing roots, I can’t think of a more perfect title for the game and just about anything beats out the rather bland “Kirby Wii”. I am now a bit curious if this title will be a successor to Kirby’s Dream Land rather than a follow-up to Kirby 64 (which the game closely resembles). Now all we need is a proper release date and we should be good to go, as Kirby Returns to Dream Land is still labeled for release sometime later this year.