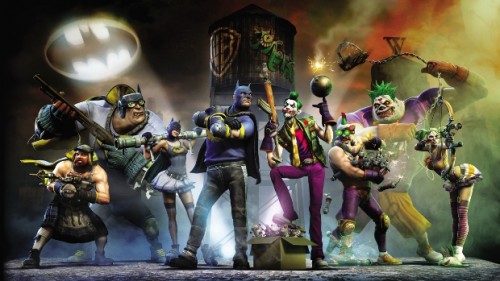 If you’re going to make a Batman game that isn’t so serious as the normal Batman universe, then you may as well just take that ball and shoot it off into outer space. That is exactly what has happened with Gotham City Imposters as you can see in this latest trailer released by Warner Brothers today for Comic-Con.

The trailer doesn’t show off any actual gameplay but it is certainly crazy enough to make me want to at least give it a shot. From the looks of it, Gotham City Imposters is going to involve more than just laughs from the Joker’s imposters. Unfortunately the game itself won’t be released way into 2012 and when it does release it will cost $15 or 1200 MSP as it will be released for the Xbox Live Arcade, PC and PlayStation Network.

Metacritic… What is it ?