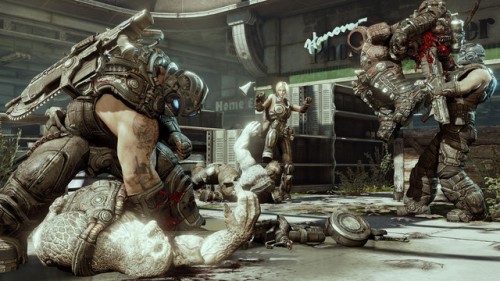 Epic Games president Mike Capps spoke with Joystiq about this approval and he said that they were pleasantly surprised that they were approved, especially considering Gears of War 3 is, if anything, more violent than previous iterations. “To me, Gears 3 is not just more of Gears 2, but tons more. … It doesn’t immediately strike me as something easier to pass through. It’s not a modified version there. We have a “no gore” filter, but we’ve had that for Gears. We didn’t do anything special for Germany this time.”

Joystiq then asked about whether or not they would resubmit the past two games to be rated in Germany now that this one passed and he had this to say: “That’s a fantastic idea. We didn’t try to submit it at all. I don’t think anyone thought to. We’ll give it a shot.”