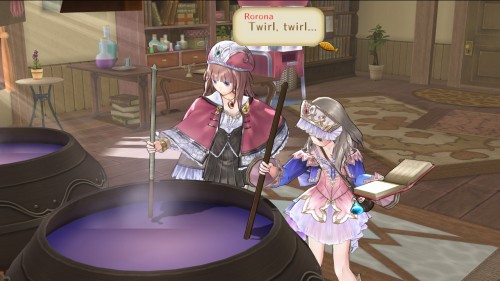 I hope you have plenty of time on your hands because NIS America has just released a massive amount of screenshots for Atelier Totori: The Adventurer of Arland. Better yet all of these screenshots show the localized English version of the title which means that these are the same exact things you will be seeing when the title is released on September 27th exclusively on the PlayStation 3.

In the screenshots below we are shown many different elements from the game, including combat, alchemy, events and normal gameplay. This includes the older, mature version of Rorona from the past Atelier title. Also you must remember that when Atelier Totori: The Adventurer of Arland is released in September it will come with the game itself, a soundtrack CD and an art book. Of course considering the art we see in the game itself, I’d say the game itself is the true art book.