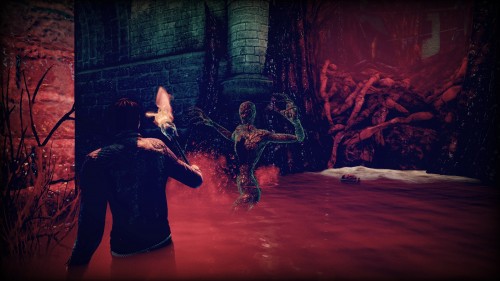 In my opinion they could have had the voice over actors do most of the voices in the game because they certainly would fit right in. Besides the spooky sounds of the environment we can’t forget that you’ll be also treated to your Johnson talking non-stop. Your gun Johnson that is…. You can catch the video below and also catch Shadows of the Damned when it is released next week on June 21st for the Xbox 360 and PlayStation 3.

Burnout Crash! blows up on XBLA