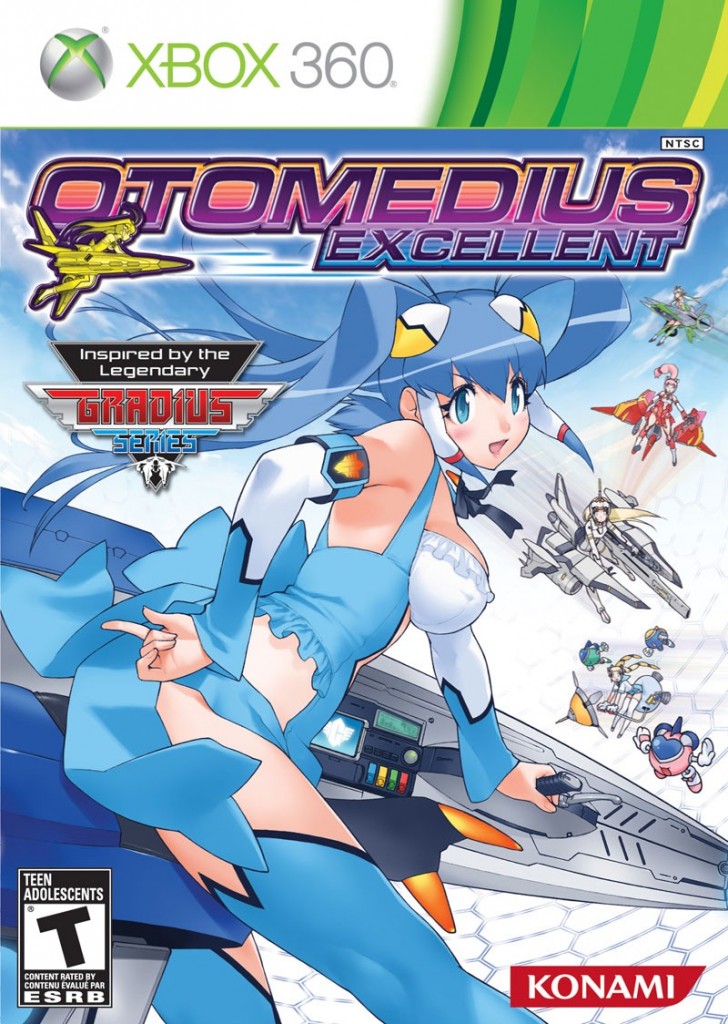 Konami has finally made it official. Today they released information regarding Otomedius Excellent’s release date and the special edition that you can purchase as well as the standard edition. We’ve seen information leaks in the past from retailers, but at least now we know for sure that the title will be released in North America on July 19th.

Players will be given two different options if they are looking to pick up Konami’s shmup title. They can either purchase the normal version for $29.99 or buy the collector’s edition which features the game itself, a soundtrack CD, art book and a double sided pillowcase featuring the games girls. Unfortunately at this time Konami has not shown off what the pillowcase will look like but they have revealed the box art for the title. Thankfully they decided to stick true to the game’s source material and retain the Anime-like girls appearing on the boxart. Also it mentions the fact that the game has influences from Gradius.