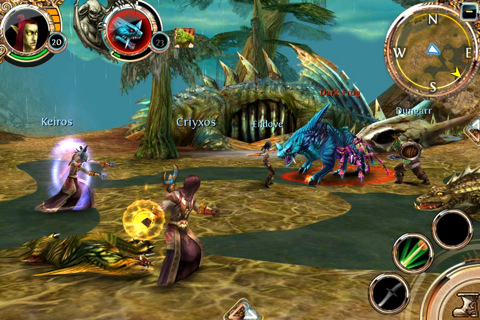 The first real MMORPG for the iOS devices has been an incredible success. Gameloft’s Order and Chaos Online has generated $1 million in revenue in the first 20 days it was available on the App Store. With such innovative game design and spectacular graphics it’s no wonder Order and Chaos Online has been so successful. For those of you who haven’t played it yet, be sure to check it out. If you are one of the players who have contributed to the huge success of this game, then here’s some good news for you. Gameloft are rewarding you with a massive expansion to the game in their first update due out in June. The first update will include new quests, a dedicated chat channel for each language and a server migration service. Gameloft have also announced plans for future updates, which would include new dungeons, and player verses player arenas. If you haven’t joined in already, its not too late. Order and Chaos Online is available here for $8.99AU or $6.99US which also covers a 3 month subscription for the game.

For more information and an in depth look into Order and Chaos Online check out our review or gameplay video.

Cliffed Soon to Drop Down onto BlackBerry!