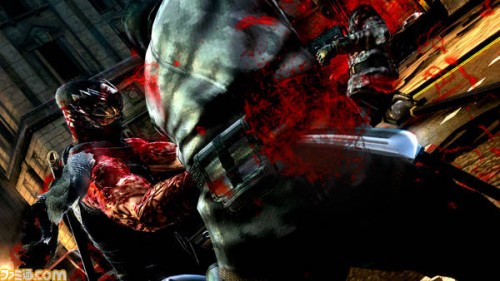 As always, with every game being developed in Japan, Famitsu has the scoop on a handful of new screenshots for Tecmo Koei’s Ninja Gaiden 3. These screenshots show Ryu doing what he does best, making plenty of blood spill from enemies. Andriasang has grabbed all of these screenshots and also reports that Ryu’s right arm will play a central role in the title.

As you can see in the images, Ryu’s arm looks to be possessed or cursed by something not yet known. She also went on to say that Ninja Gaiden 3 is set for a release in 2012 on both the PlayStation 3 and Xbox 360. Check out all of the screenshots below, courtesy of Famitsu.