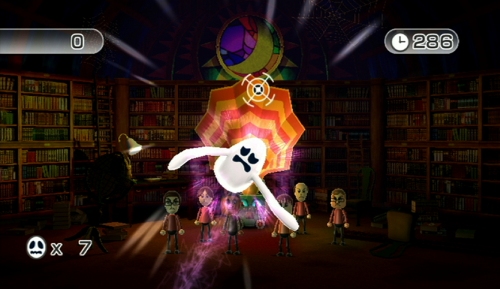 If you watched Nintendo’s press event at E3 this year, the main thing that was mentioned about the Wii is how the motion-based console brought people together and offered entertainment for all ages. Nintendo still want to keep that theme going this year with Wii Play: Motion, a title that is due out on June 13th for the U.S. and the 24th for Europe.

A new television commercial was recently released by Nintendo to promote the game, which shows gamers of all shapes and forms coming together to tackle Wii Play: Motion’s 12 different motion based mini-games. By the looks of it, this title will be a perfect fit for the console as the games seem to have a bit of depth but still appeal heavily to the casual market. Wii Play was a huge success to Nintendo as well, so this sequel very well could do the same. You can check out a heap of screenshots as well as a new commercial trailer for the game below.