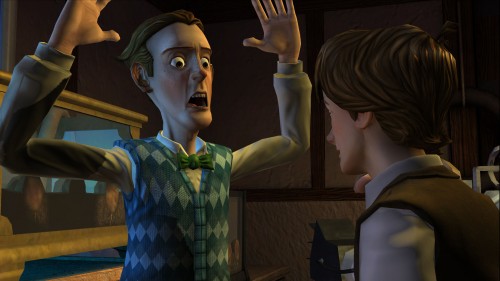 Last night, Spike and Gametrailers had their E3 preview event.  Showing off an exclusive video for the Back to the Future game series, it was confirmed that Michael J. Fox will be using his voice to make the soundtrack in the 5th episode of the series come alive.  Christopher Lloyd has been in the game since day one.

In 1-4 of the series, Marty McFly was voiced by a different actor, who did an adequate job, but undoubtedly, Michael J Fox will add his own special talents to the 5th game.  Look for it on the PSN, iPad, PC and Mac soon.