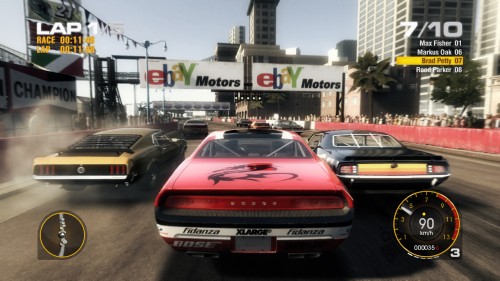 Codemasters announced today that they will be ending the online play in GRID for the PlayStation 3 and PC. The title was released over three years ago for the PS3 PC and the Xbox 360. For some reason the Xbox 360 version of the game is still going to be supported online for the moment.

Codemasters released this information in their own forums saying “After three years of service, 2008’s Race Driver: GRID’s online play service has been discontinued for the PS3 and PC editions of the game” They went on to say that the decision was not their own but in fact “the decision by a third party provider to decline the offer of an extended contract to continue online play on these platforms. Race Driver: GRID for Xbox 360 is not affected.”

They went on to thank their users and also apologize to anyone who still played those titles online. Of course this is going to make at least a few people upset, but at least it sounds like Codemasters tried to keep the game online. Though after three years perhaps its time to move on.