No your eyes aren’t fooling you. Darksiders 2 will be the feature of next month’s Game Informer. With this cover release of the July issue we learn that the new protagonist of Darksiders 2 will be Death himself. Death is the brother of the first game’s War and is also one of the four horsemen of the apocalypse. Which of course brings about the question as to whether or not they will make two more games about the horsemen. But then again, famine and pestilence may be a bit weak looking compared to these two guys.

Game Informer also says that the sequel will provide a richer experience as well as more NPC, better loot, and fresh dungeons to explore. Death’s mission will be to restore humankind’s existence, which sort of seems like the opposite thing he would do. Maybe he is bored without anyone to reap? Check the cover out below. 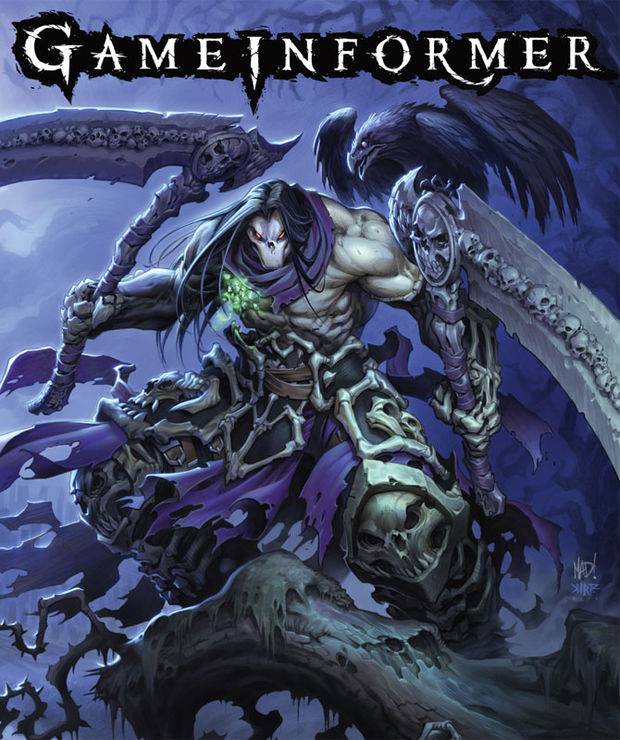