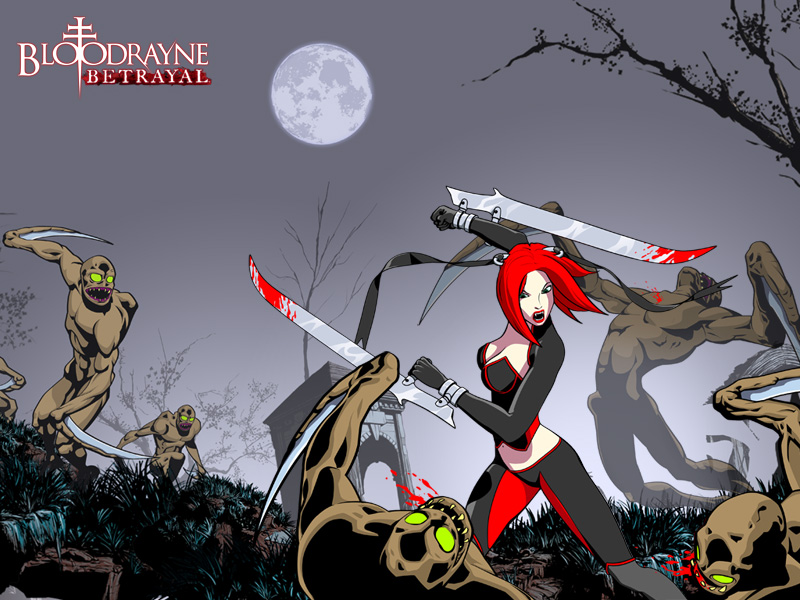 WayForward and Majesco have released their first developer diary for BloodRayne: Betrayal. In this first diary we hear from designer and director Sean Valasco. He sheds light on the game’s visuals as well as how they have created a fluid dynamic system that makes the blood particles flow as realistically as possible.

We also see plenty of gameplay footage with Rayne sucking the blood out of enemies, dealing out plenty of damage and even exploding enemies that she has infected. BloodRayne: Betrayal looks to be quite the bloody side scrolling title. More will be revealed next week at E3 when we will get some hands on time with the game. BloodRayne: Betrayal will be released some time this summer for both the Xbox Live Arcade and PlayStation Network.