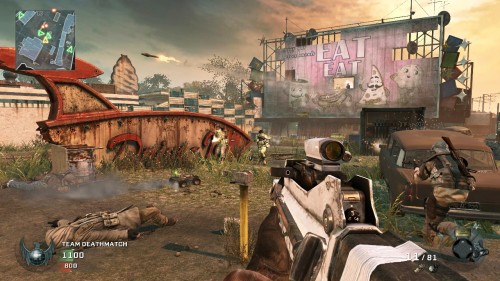 Not only has Activision confirmed that they will be releasing the Annihilation Map pack for 1200 MSP on June 28th today, but Treyarch has also released their preview trailer for the maps only a few short hours after the announcement was made.

In the preview trailer we see a great look at all of the new maps in the game, including the Hazard map which is based off of the Cliffside map in World at War. Except this time around it is a golf course. Also detailed was the Shangri-la zombie map. Rather than being an open map the level will be more compact and feature plenty of escape routes. Unfortunately it doesn’t look like we will be seeing any movie stars this time around, though it looks like the old crew may be returning… maybe paradise wasn’t exactly what they thought.

Backbreaker Demo breaks into the 360 Marketplace