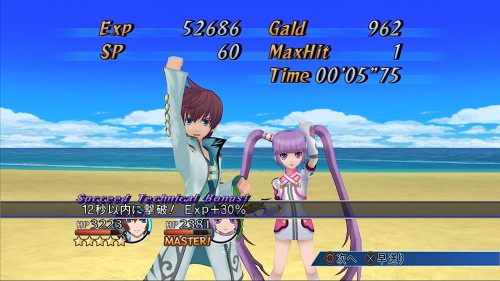 See look even the characters themselves are excited about this news. The news of course being that Tales of Graces F will be released in Europe and the United States next year. During Namco Bandai’s Level Up Dubai event the publisher announcd that European fans of the title will be getting the Ps3 version which is a remake of the original Tales of Graces for the Wii that was never released outside of Japan.

Later in the night the companies website in North America revealed that the title would also be arriving on US shores next year as well which means soon everyone will have access to the next game in the Tales franchise. This is great news as currently fans of the Tales series have only been able to anticipate the release of Tales of the Abyss on the 3DS which we previously have seen information that the title would be available worldwide.

Pucca Power Up out now on Nintendo DS