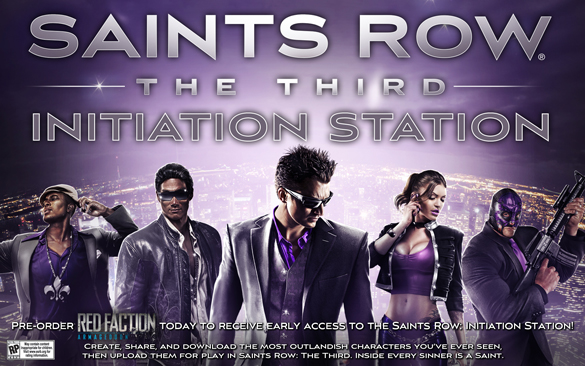 Saints Row: The Third is a game that is being hotly anticipated by THQ’s fanbase, so much so that Volition has implemented a character sharing system that will allow players to upload their own character creations directly to the Saints Row community website as well as download any characters they want directly from the console or the PC depending on which one they prefer to use.