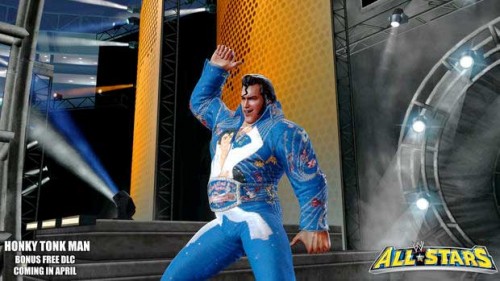 WWE All-Stars is an over the top wrestling game and could easily be what a younger child may think of actual WWE wrestlers with the way that they leap off the ropes and turnbuckles with ease as well as throw around very large men without throwing out their back. But then again WWE All-Stars is also a game that practically no WWE fan should be without and THQ has decided that they should reward these fans a little bit.

THQ has released Honky Tonk Man and R-Truth for free to download on the XBLM and eventually on the PSN whenever it goes back online. The content will place the WWE Hall of Famer Honky Tonk Man and most recently turned Heel superstar R-Truth into your roster for free. Also released was the American Dream Pack that actually costs money, 160 MSP or $1.99 that includes Dusty Rhodes and his son Cody Rhodes. Who else do you think is going to be released in the future for DLC?

CC Powerslam #14 – Survivor Series, The Shield and Reign of Punk