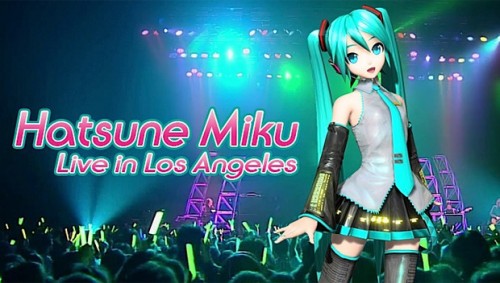 While E3 can be seen as one of the biggest gaming conventions in the United States, the Anime Expo can be seen as the largest convention for Anime in the U.S. Now there hasn’t been a whole lot revealed for the Anime Expo so far this year but it seems that it will have a brand new attraction that has yet to be seen in the U.S. outside of a very recent Toyota Corolla commercial.

Hatsune Miku will be performing with a concert at the Anime Expo. Alongside Hatsune Miku those in attendance will also be treated to performances by Megurine Luka and Kagamine Rin and Kagamine Len which will be the first major showing of these vocaloids in the United States. Crypton Future Media, the original company behind the Vocaloid project has begun organizing the event and has established a website for further information on each of the “performers.” This is a huge event and for those who are interested in how exactly it will work, there are videos below from each performer at a similar concert in Japan.