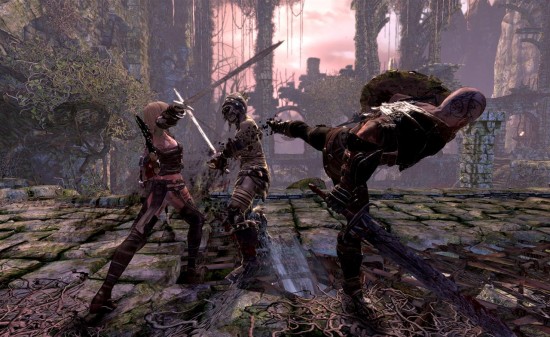 Bethesda has released a new developer diary from inXile Entertainment focusing on how they created the world that you will be experiencing when you play Hunted: The Demon’s Forge. The developers go into detail about how they made the world as realistic as possible with as many interactive pieces of the world as they could get away with.

Using the Unreal Engine they were able to take a lot of time with the actual world itself and create something they believe is unique in the world of dungeon crawlers. The latter section of the video then talks about the previously mentioned Crucible content that allows users to create their own dungeons through a variety of different modifiers. With the Crucible added in it will be interesting to see what type of areas players will create once they get the game in their own two hands next month.