We were seated in a gaming room inside the ominous Ubisoft headquarters in Sydney with the fabled director of the game Driver: San Francisco, Mister Martin Edmonson; founder of Reflections and creator of the Driver series. During our time with Martin we were given an overview of the game as well a decent amount of time playing the game ourselves. Overall, I have to say that we were all very impressed by the title and would definitely like to give it a proper go when it launches in September.

At the beginning of the session, the Martin told us about the inspiration behind the Driver series, which is that they wanted to recreate the 70s style car chase sequences from movies into a playable format on a gaming console, as well as a little about the new mechanic within the game. After a brief demonstration and discussion of the title, we were thrust into a hotseat session playing through the begining of the story, with each of us taking turns in doing objectives and the like. 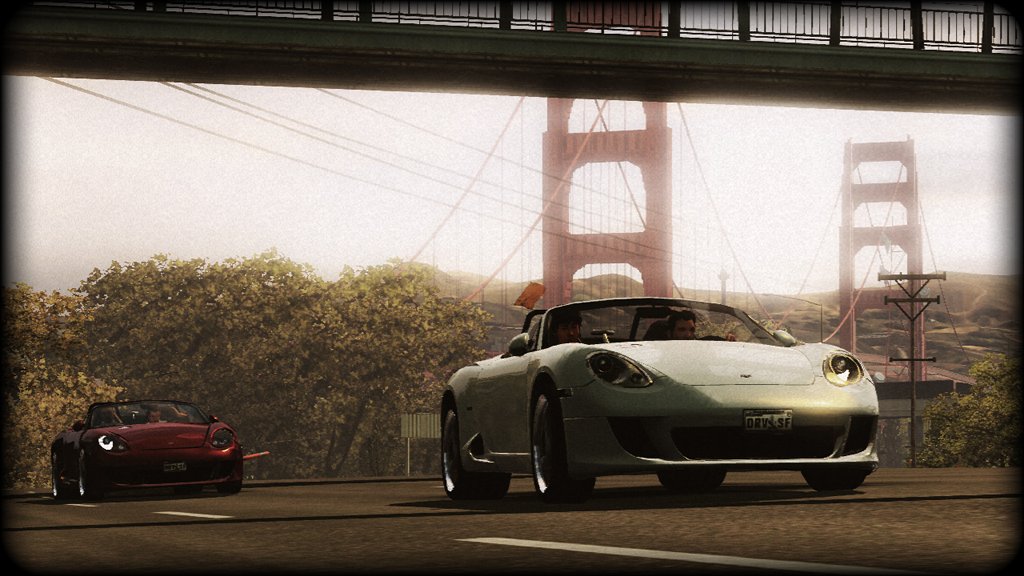 The game has you playing as the protagonist of the first game in the Driver series, John Tanner, who has to chase down a recently released/escaped criminal, Charles Jericho, who seems to be quite the nasty sort. This is done in cinematic car chase style; with drifts, high-speed chases and as well as the classic high-speed jump down a hilly streets of San Francisco. I have to say that the team have brilliantly captured the feel of the chase and it can provide quite the pump, especially with a handful of people in the room all giggling uncontrollably and passing the controller along. [rant about how gaming is better with friends at your place]. Of course, a car chase without a reason could potentially be less sweet, so the gameplay is accompanied by the cliché, but also somewhat, unique story.

The game may sound like a rehash of Drivers previous, but it is not. The feel is simply amazing and with the title featuring a proprietary engine in order to attain maximum detail and an incredibly smooth frame-rate of 60 fps (even in the pre-release build that we were playing, that still had noticeably under construction parts included). Though, that is not all that the title features. It also contains over 120 fully licensed and real cars (each rendered beautifully within the game), a fully immersive open-world (with flowing traffic and pedestrians, all rendered real time, and all accountable from within any portion of the game), and lastly, an awesome new feature that will feel very familiar to those of us who have played the game Geist on the Gamecube. Though, it should be noted that, we may not have had hands-on time with all the features of the game in our limited time at the event. 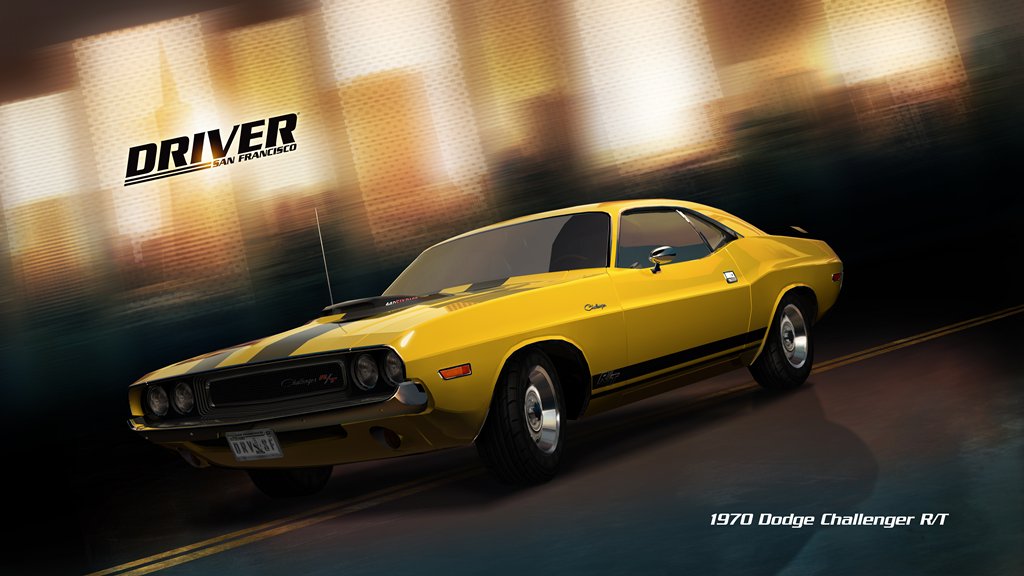 Yes, in this version of Driver, players can (SPOILER WARNING!) instantly turn themselves into a corporeal entity and possess another Driver somewhere else in the game. Reading this back, it may seem a little silly, but actually playing it and realising its place within the story, it actually isn’t. And even if it may seem a little silly logically, it is incredibly fun to mess-about with, as well as finely tuned and intuitive to use. In fact, the whole game felt very polished (in the mechanics department, we were playing a pre-release build, so there was incomplete sections that we had a chance to witness) and everything worked the way you expect them to. From the controls to the minimap overlay, it was all very comfortable and intuitive, I don’t think this game will be getting many complaints about the controls.

Driving around and possessing other drivers isn’t the only thing to do in the game however. Scattered throughout the city are various missions for players to complete, with a large amount of them being replayable for some extra fun. Most of the missions are accessed via possession of a character with a relevant mission marker above their cars in the overlay. If you hover the cursor over the car you wish to capture, you can listen to a preview of what the npcs are saying to each other and if you select that mission, you’re treated to some witty banter between occupants. Most of this banter is related to the mission, but is also quite entertaining to listen to. What makes it even better though, is when the protagonist actually possess one of them, via the player accepting the mission, and then doing regular pro driving. The player character often makes hilarious remarks to the passengers of his inhabited vehicle which makes some of the missions even more hilarious than you would expect them to be. 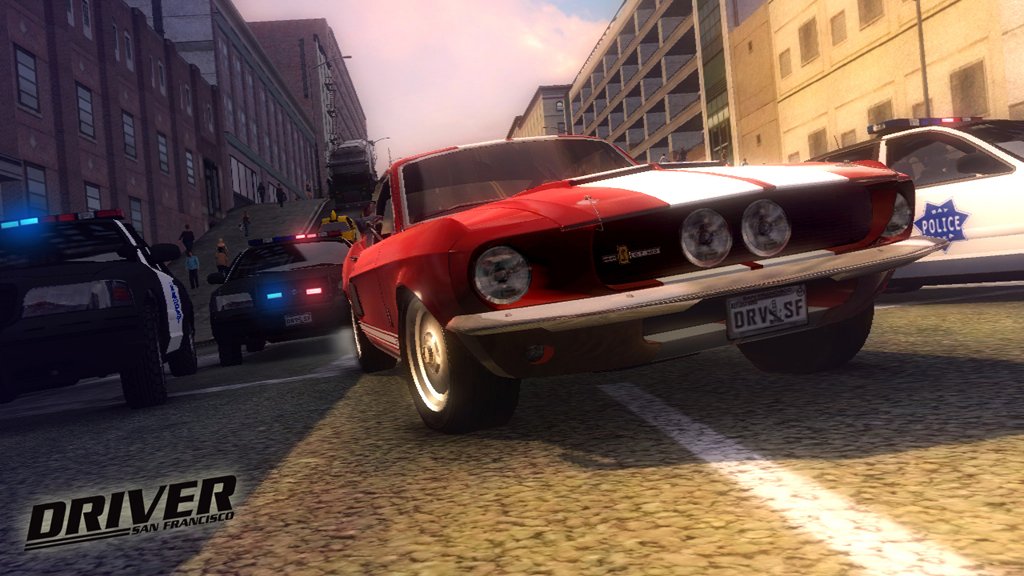 I should probably note that players can possess any vehicle currently in the city, regardless of whether or not they are mission related. You can set up some crazy stunts by doing this as well as finding some alternate ways of completing a mission that would normally be a bit difficult without some crazy planning. Doing missions and crazy stunts will earn you Will Points which are the currency within the game.

Even though every car in the game is available in the city somewhere at some point in the game, there is no guarantee that a car you need at that particular moment will be available at the exact moment that you need it in. But, by spending your WP in any garage that you own, you can have a series of reserve vehicles that you can call upon as needed.

All up, Driver: San Francisco is looking like it’s going to be an amazing game; with its amazingly smooth controls, intuitive interfaces and surprisingly gripping story. We here at Capsule Computers (MasterABBOTT and LinkageAX) loved the title, and are definitely looking forward to the retail release. The title is set to be released in September 2011, on Xbox 360, Playstation 3 and PC. There is also a Wii Driver title coming out at the same time, but will feature a different story and possibly characters. 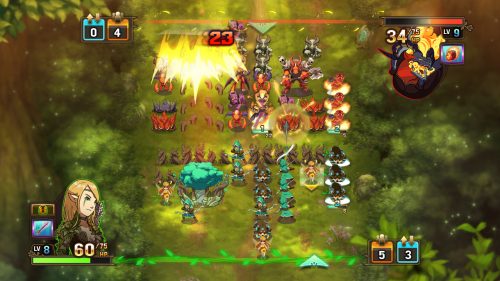