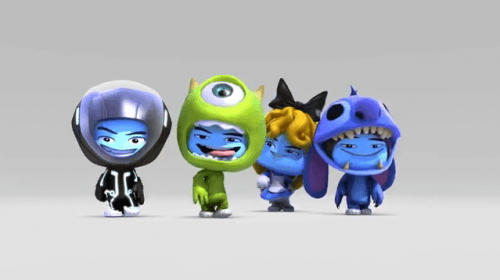 Disney must have knocked their shelf of movies onto the floor and saw the giant pile as a good idea. Disney announced today that they are working on creating a game called the Disney Universe. It will be a multiplayer action title that will be released this fall season on the Xbox 360, PlayStation 3 and of course the Wii.

The game itself will allow players to select from 40 different Disney character costumes such as Alice, Mike, TRON and Stitch to name a few. There will be six different Disney themed worlds to explore and do battle against enemies. Each suit will have a different power, allowing players to level up whichever one they choose to. Alongside the announcement a teaser trailer was released which you can catch below.

25th Anniversary Edition Wii and DSiXL announced for US