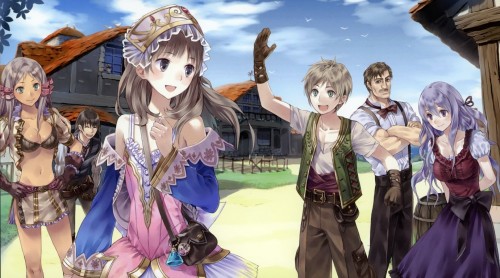 Last year NIS America brought Atelier Rorona: The Alchemist of Arland over to the United States much to the pleasure of JRPG fans all over the country and the world. Now NIS America is going to continue to bring the Atelier series over from Japan. Placed on their website today was a link to Atelier Totori: The Adventurer of Arland which is the next game in the series.

Slated for a Fall release this year on the PlayStation 3 Atelier Totori takes place five years after Atelier Rorona. Players will take the roll of Totori as she sets out for adventure. She leaves to make a journey towards Arland and leave her hometown. Developed by Gust the game will contain many of the same elements of gameplay that Atelier Rorona had, including item synthesis and multiple endings. We’ll be able to access the latest in the Atelier series in the Fall for the PlayStation 3.