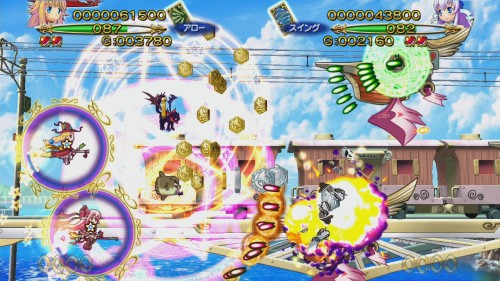 There may be a lot of bullet hell styled games out on the XBLA but not a whole lot of them draw upon the Japanese nature to include anime-stylings in most of their products. The most recent one that comes to memory is Deathsmiles from Aksys but that was released in full retail format over a year ago.

Now SNK Playmore had announced Trouble Witches Neo last year and had slated the title for a release at the end of 2010 but that time has come and gone. Little was said about the title until today when SNK announced that the side-scrolling shoot’em up would be getting a worldwide release on the XBLA on April 27th. The game will cost 800 MSP and you can watch the below trailer to catch every special feature that is available in the game, such as a fully voiced story mode and new characters.