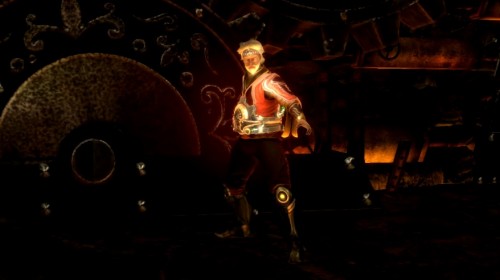 Square Enix has revealed yet another character for Dungeon Siege III and this time around he is a wielder of the arcane arts. Being a mage though doesn’t mean that he has done things conventionally. Then again what about magic is conventional in the first place? Reinhart Manx controls dynamic magic through his gauntlet and unleashes powerful magic on whoever he wishes to destroy.

Reinhart is a descendant of Legion Mages he spent most of his life at Collegium where he studied magic and how to put it to use in the city of StoneBbridge. Because of this he uses very innovative magical techniques and has a unique way of thinking about the world around him. Looks like he will be another great addition to the cast of characters when the title releases on June 21st in the US and June 17th everywhere else.

Lord of Apocalypse announced for both PSP and PlayStation Vita