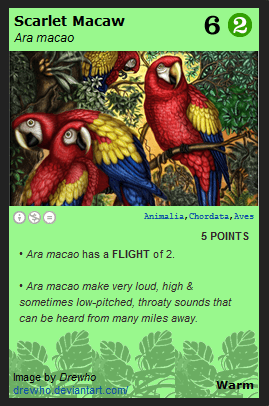 Although arguably not as popular now as in years past, trading card games still attract a pretty large crowd. Many pretenders have attempted to usurp the role that Pokemon, Yu-Gi-Oh, and Magic: The Gathering have filled for over a decade. One card game, however, is trying something new.

Phylo, or Phylomon as its lovingly referred to by its community, is an altogether unique trading card game for several reasons. First of all, it does not revolve around fictional creatures, demons, monsters, or other fantastic creations. Instead, Phylo is a game about the very real creatures already in existence on Earth. The game explores the theme of biodiversity by incorporating tons of species form each kingdom of life and across the far reaches of the globe. The second reason that Phylo is unique is because it is an entirely open-sourced project. Each of the cards created for the game are designed by members of the Phylo community and each drawing is created by volunteer artists. 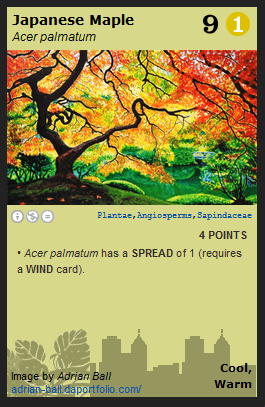 Everything about Phylo depends upon its community from the creation of the cards to drafting of the rules. Because of this, it is obviously not commercialized like the card game behemoths mentioned above and is more suited to volunteer organizations, schools, universities, or environmentally minded card game enthusiasts. Anyone is free to download a deck of cards (or build a custom deck), print them out, and play. While some people might not find the idea of a card game with regular plants, animals, fungi, and microorganisms too exhilarating, it is definitely a unique take on the genre. While most trading card games task players with defeating an opponent’s creatures, Phylo requires players to build a stable ecosystem while attempting to sabotage that of the opponent. This can be done using different event cards, parasite cards, or invasive species cards which will negatively affect the opponent’s ecosystem, scoring the player points. There are also other rule sets for players who want to mix things up, and players are encouraged to create their own rules or submit other game types to the Phylo community. 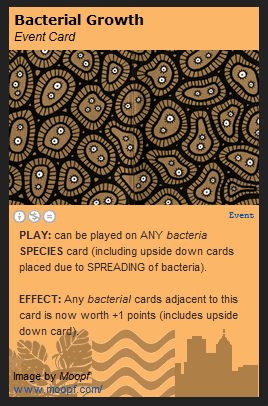 In the end, however, what it really comes down to is any card game with a Bacterial Growth card (above) is alright in my book. If you’d like to give Phylo a shot, you can head over to their site, where you can print cards, learn the rules, or even contribute to the game if the mood strikes.