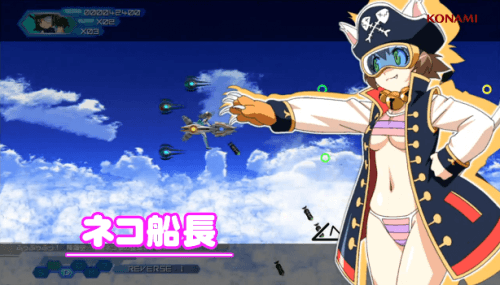 At first glance when you start up the trailer you will think that there is absolutely zero chance that a game like this would be getting a Western release. Well you are wrong in that case because Otomedius X, also called Otomedius Excellent, will end up getting a release date for the U.S. but it will be later this year due to delays. Originally the title was set for release on the Xbox 360 in Japan this past year but due to delays it is currently set for release on April 21st according to Andriasang.

Either way this trailer shows off plenty of gameplay and introduces us to a handful of the characters that we will be able to play as when the game comes out as well as enemies players will face. The characters are all anime styled girls including a catgirl pirate that you can see above. The game looks like it will be a bullet hell shooter with side scrolling action as opposed to vertical based. Catch the trailer below.