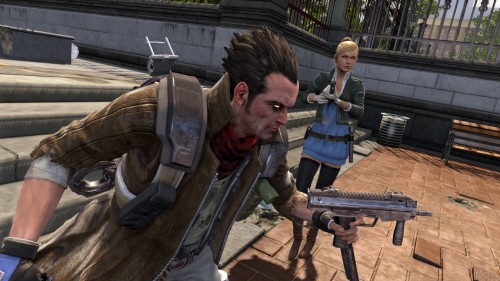 We haven’t seen a whole lot of Konami’s NeverDead for quite a while now. The last time we saw a bunch of screenshots from the game was back on Halloween of last year. But now Konami has released a whole mess of screenshots from the game as well as a decent amount of concept art that gives us a better look at some of the enemies and main characters.

You can check out the gallery below. There are a multitude of enemies shown off as well as in-game action scenes. NeverDead still does not have a definitive release date other than some point in 2011 and the unique concept of a main character that never dies and can be dismembered and put back together at will is certainly the biggest highlight for the title.