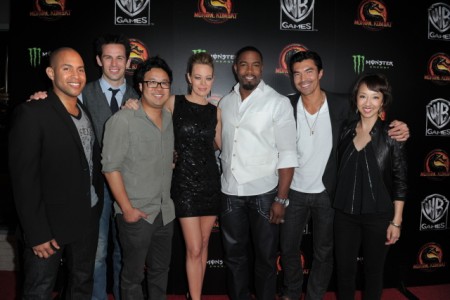 Mortal Kombat: Legacy, the online web series debuted on youtube last Tuesday, and since it has collectively received over 5 million views on youtube. The series has been praised by many as a glorious return to the series’ mature presentation, and has given the Mortal Kombat a more realistic approach to the characters, changing many aspects of the storyline, but fans reception so far seems like they don’t seem so mind much, many actually embracing it. It is an anthology of nine live action episodes and sheds light on the motivation behind each character’s participation in the Mortal Kombat tournament.

“Kevin Tancharoen delivered an amazing production that millions of fans around the world are enjoying,” said Thomas Gewecke, President of Warner Bros. Digital Distribution.  “We couldn’t be more pleased with the reception it’s received.  This is truly a testament to the quality of the series and the ongoing popularity of the Mortal Kombat characters and franchise.”

The high anticipated first episode of the series entitled “Jax, Sonya and Kano Part 1” debuted on April 12 exclusively on Machinima’s YouTube channel, and can be viewed here.

Kingdom Under Fire II coming to the PS3 too